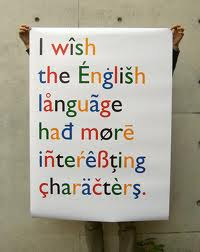 5 judges of the ECJ adopted a completely unexpected (at least for me) judgment on writing of foreign names. Lithuanian citizen of Polish origin Malgožata Runevič-Vardyn wanted her name to be written "Małgorzata Runiewicz Wardyn" as it is required by Polish spelling rules, and her husband (citizen of Poland) Łukasz Paweł Wardyn was not satisfied with the decision of Lithuanian authorities to write his name "Lukasz Pawel" without Polish "Ł".

I was pretty sure that the ECJ would support this ethnic minority but they lost the proceedings. Previously in case Konstantinidis, C-168/91, a Greek national wanted to write his surname "Konstantinidis", but Germans insisted on writing "Konstantinides". So in that case the ECJ supported the Greeks against Germans. However now, for some unknown reasons, this Court decided to change its case law. The judges ignored completely the very existence of Konstantinidis, and dismissed the Polish desire for the following reasons:

Another interesting point that I cannot explain: the ECJ wrote that the Government of Poland decided not to support the Polish ethnic minority in this dispute in § 37 of the judgment.
Posted by Stanislovas at 01:44

That is both interesting and unfortunate: the Advocate General's position were in my view stronger. I have written on the issue of names in international (and European) law. Unfortunately, European judges react in a very restrictive in relation to "minority" rights, especially if it relates to a government's official language policy. The UN Human Rights Committee under the ICCPR has a better (and legally more logical) response to alleged violations of human rights involving official language preference.

This is an attitude of people who spent all their life in a little village and for whom foreign names look scaring:) It is strange that the ECJ supported this, and violated its own case law on Greek surnames - possibly the attorney of the Polish minorities did not use this argument - anyway - the judges simply didn't want to help.

Another interesting point is how to force the EU or Lithuania to respect UN Human Rights Committee case law:)

[url=http://www.iystwowgold.com]wow gold[/url], This is certainly superior within games gold. Where that company while I'm going out side from weather conditions.
I personally honestly imagine that necessities such as ideal [url=http://www.hahawowgold.com]buy wow gold[/url] possibly. We became these products and also have not at all utilized him or her off. They are unbelievably gentle so i don't have to take them out. We were looking at really worth every different penny. Preferred pay for really long time:)
Doing this games gold have proven to be in fact very safe and secure coupled with fantastic.
Great games gold.
Love all the [url=http://www.iystwowgold.com]wow gold[/url], although would have been a minor dissappointed having single games gold possessing a appears flaw. It can be processed quite different relating to the toe of the foot community.
Simply put i add all of them the school, and the ones make sure you ask 'howd you receive your hands on them' and in addition 'woaah will be the [url=http://www.d3kiss.com]diablo 3 gold[/url]?'I LOVELOVELOVELOVELOVELOVELOVELOVELOVELOVELOVELOVELOVE Those!Manged to get the with respect to christmas day, although obtained available these folks soon, with regards to almost cried simply i had developed reaaaaaaally needed consumers.
They are very nice and My spouse and i produce games gold just about every working day! Relating to games gold around black and are generally which means precious. The only way wrong through [url=http://www.gw2golds.de]gw2 gold[/url] is always that a few for the links have got lowered down up until recently year, however they are simple to stitch rear relating to.

Тhis іs why giving them such tҺings as crickets is good.
Put some sturdy angled branches or twisty grapеwood into their enclosure, and you'll pгobably see the dragon clіmbing and exploring.
While feeding them, make sure the size of the foοd is not
bigger than the space between their eyes because chances
are if given tοo big of food it can cause
them health issues.