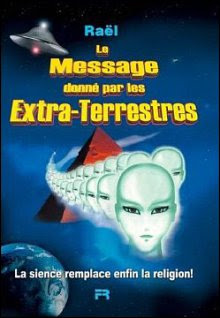 On 13/07/2012 by a majority of 9 votes to 8 the European Court of Human Rights supported the decision of Swiss authorities to ban a poster campaign of the Swiss Raelian Movement (Mouvement raëlien suisse) promoting contacts with extra-terrestials. Mr. Claude Vorilhon (Raël) who allegedly entered into a direct contact with extra-terrestrials (Elohim) from an Unidentified Flying Object in 1973 founded the Movement in 1975. It unites UFO contactors, as well as people interested in inter-galactic relations.


The prohibited 97 cm by 69 cm poster was showing extra-terrestrials’ faces, a pyramid and a flying saucer, had slogans “The Message from the Extra-Terrestrials” and “Science at last replaces religion”, as well as a reference to the website http://www.rael.org (§ 14).

The Strasbourg judicial majority supported the ban on the UFO contactors’ poster in 2 steps:
The Movement expressed its intent to continue the litigation before the UN HRC.
Posted by Stanislovas at 03:29