What is “rationality, proportionality and equality” in determining the price of land? Salvador Chiriboga v Ecuador, 21/03/2011 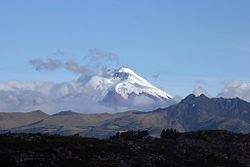 The Ecuadorian city of Quito expropriated the forest representing 55 % of the urban green area from Mrs Maria Salvador Chiriboga (§ 79), which led to the dispute on the price to be paid to the owner before the Inter-American Court of Human Rights.

The Inter-American Court declared that it must take into account the value that existed before the beginning of expropriation (§ 80), and targeted the numbers of expert Manuel Silva Vasconez who was the only who provided the data for 1996. After this, the judges awarded $ 18 705 000 under the criteria of “rationality, proportionality and equality” (§ 84).

On a number of occasions the Inter-American Court of Human Rights quoted the case law of the ECtHR as if it had any coherent sense (§§ 57-58, 60 etc.).
Posted by Stanislovas at 00:15