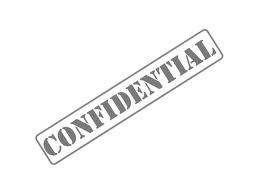 The ECJ annulled the judgment of the EU General Court, and de facto gave MyTravel Group plc access to the European Commission’s internal litigation documents on accusing this company of a cartel agreement with its competitor First Choice plc. It is remarkable that it was the Government of Sweden who attacked the judgment refusing the access before the ECJ. MyTravel was also supported by Denmark and Netherlands, and opposed by France, Germany and the UK.
The EU General Court, the Commission and the 3 States tried to protect the internal litigation documents in saying that a disclosure of a conflict between the Commission’s Legal Service and its DG Competition would put the Commission in a difficult position (§ 36), that it was an administrative procedure and not legislative (§ 62), that there is a need to preserve a “space for reflection” within the institution as it follows from the preparatory papers for Regulation No 1049/2001 (§ 63), that there would be a risk of facing divergent previous internal opinions raised against the EU institution in its future administrative or court proceedings (§ 65).
The ECJ replied that the right to access is an expression of Article 1(2) of the EU Treaty providing that decisions must be as open as possible, and as close as possible to the citizens (which includes companies) (§ 72). The right of access to documents covers all possible documents held by an institution in all areas of Union activity (§ 88). It is even more so after the end of proceedings (§§ 82 and 89).
Posted by Stanislovas at 00:18