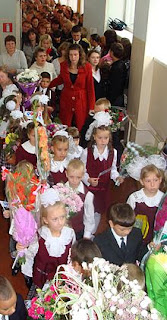 The judgment 25575/08 provides a new interesting light on all cases involving money litigation. Moldovan individual enterprise Dragostea Copiilor-Petrovschi-Nagornii owned a secondary school in Chişinău. In 2001 the Rascani District Court ordered the enterprise to pay $ 78 400 to Mr M. (§ 5). This Order was executable for 3 years but Mr M. made a formal enforcement request only some 5 years later. Therefore, on 18/07/2007 Chişinău Court of Appeal dismissed M’s action due to the missed deadline (§ 8). From this point, the ECHR starts to consider $ 78 400 as “possession” of the individual enterprise (§ 40).

However on 13/07/2007 the Department for the Execution of Judgments wrote him a letter recognizing that his enforcement warrant had been registered within the 3 year deadline. The Moldovan Supreme Court of Justice allowed Mr M.’s appeal, since this letter could have been obtained later than 18/07/2007 (§ 13). Nonetheless, the ECHR replied that such a position does not preserve a “fair balance”, and is contrary to Article 1 of Protocol no. 1 to the Convention.

This case leads us to re-think lots of other litigations involving money.
Posted by Stanislovas at 23:14