ECHR: the son of French President de Gaule could not insult Harki, since they are not defined, Boumaraf, 32820/08 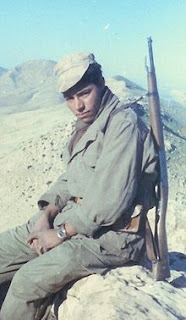 Mr. Philippe de Gaulle, while making a comment on his book about his father Charles de Gaulle, implied that 100 000 Harki were traitors – at least as Mr. Amar Boumaraf understood this. The Harki are usually understood as Muslim Algerians who served as auxiliaries in the French Army during the Algerian War from 1954 to 1962.

Initially the question was whether the Harki are a “sufficiently limited group”. There are three judgments (15/10/1985, 06/12/1994, 12/09/2000) of the French Court of Cassation recognizing the existence of this group. Before the ECHR, the question was transformed into whether these three judgments are a “well-established jurisprudence”. The ECHR replied that despite a clear definition of the Harki in the judgment dated 12/09/2000, it “alone” cannot create a “well-established jurisprudence”.
Posted by Stanislovas at 00:01