ECJ: European immunity of an MEP does not cover defamation, Patriciello, C-163/10 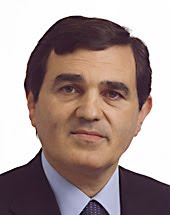 A Member of the European Parliament (MEP) has two kinds of immunity: the one guaranteed by the EU law in cases related to her opinions, and in other cases it is provided or not by national law. Italian MEP Aldo Patriciello has publicly declared that a police officer falsified the time concerned when booking several drivers whose vehicles were parked in contravention of road traffic laws. Thus, he made a “false accusation of a public official with aggravating circumstances” according to the prosecution (§ 11).

On 05/05/2009 the European Parliament decided to defend the immunity of Mr. Patriciello in arguing that this declaration is a political opinion expressing the right of the citizens to have an easy access to a hospital, which had an important impact on the daily life of his constituents. The MEP did not act for his own interest, and did not intend to insult the policewoman (§ 12).

However according to the ECJ this kind of opinion accusing the police officer did not have a “direct and obvious” connection with “parliamentary duties” (§§ 35-36). It must be underlined that this interpretation is applicable to the immunity directly provided by the EU law, but not to that existing under national law.
Posted by Stanislovas at 00:38